If you followed the articles I wrote about text animation and advanced text animations, you noticed that Simple Text is everywhere.

It’s a script I created to make text animation in After Effects more intuitive and faster.

Every technique I taught can be conducted without the script, but it saves a lot of time when integrated into your workflow. 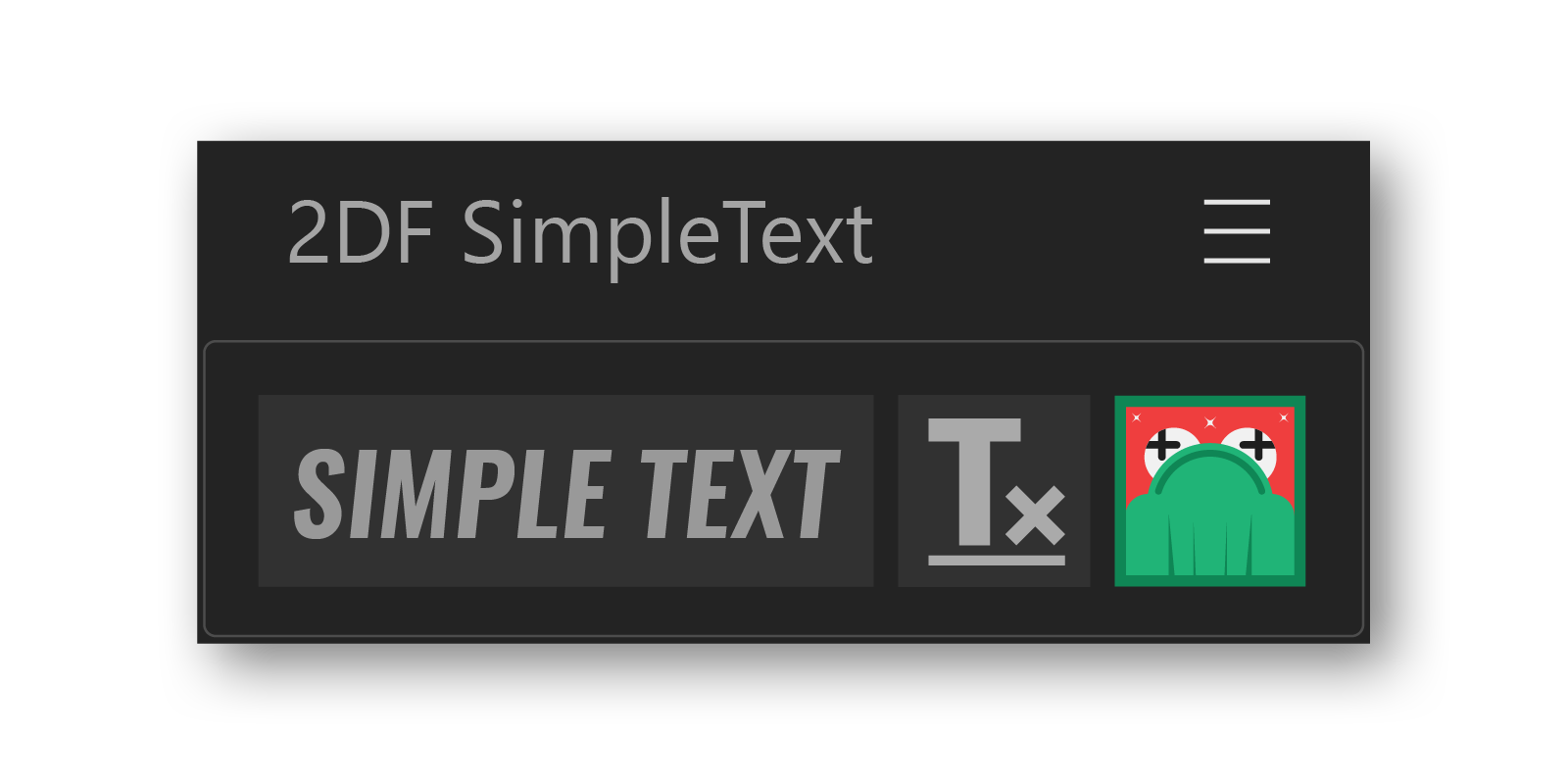 For some time, I’ve been creating After Effects templates like the Design and Motion Character Kit. I noticed that, if I wanted to take my projects to another level, I would have to venture into the universe of scripts. 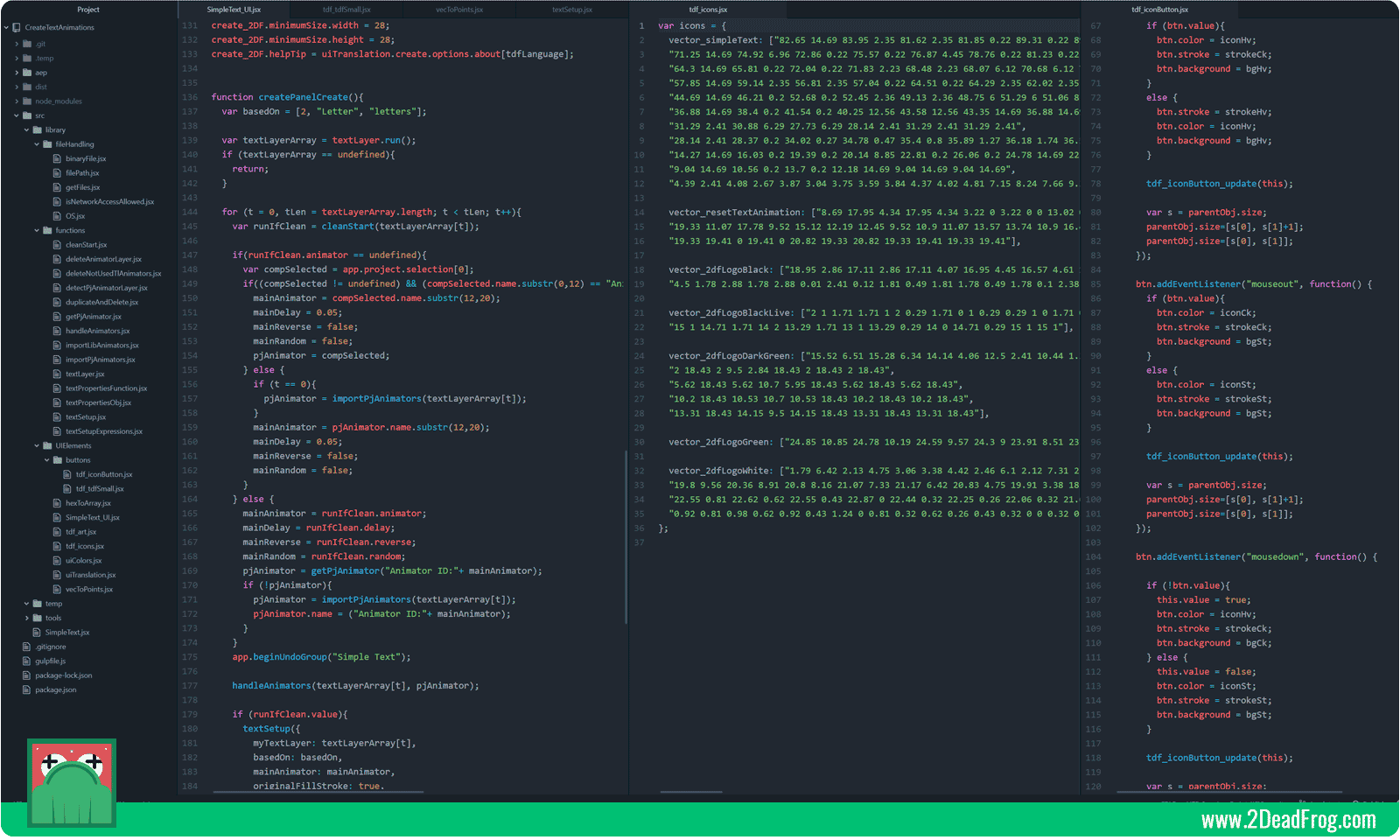 It’s a whole new world for me, and the experience of learning how to create a script from scratch, without being a programmer, has been mesmerizing. Much more interesting than I imagined.

As simple as it may sound, a script can make ideas accessible to a larger number of people, as it makes complex solutions in After Effects applicable just by clicking a button.

This project is deeply meaningful to me, not only is the beginning of a journey filled with learning, but it is also a means that I found to improve the workflow of the text animations in After Effects, something that I always felt could be done in a faster, better, more intuitive way.

HOW DOES THE SCRIPT WORK?

The idea is pretty straightforward. Instead of using the After Effects animator structure to create text animations, you animate a controller based on a shape layer.

This makes text animation in After Effects more intuitive as you have all the control over the animation.

I made the workflow simple with three steps:

1. Apply Simple Text to your text layer. You just need to select the layer and click the Simple Text button. All the structures needed to create the text animations are created at this time. 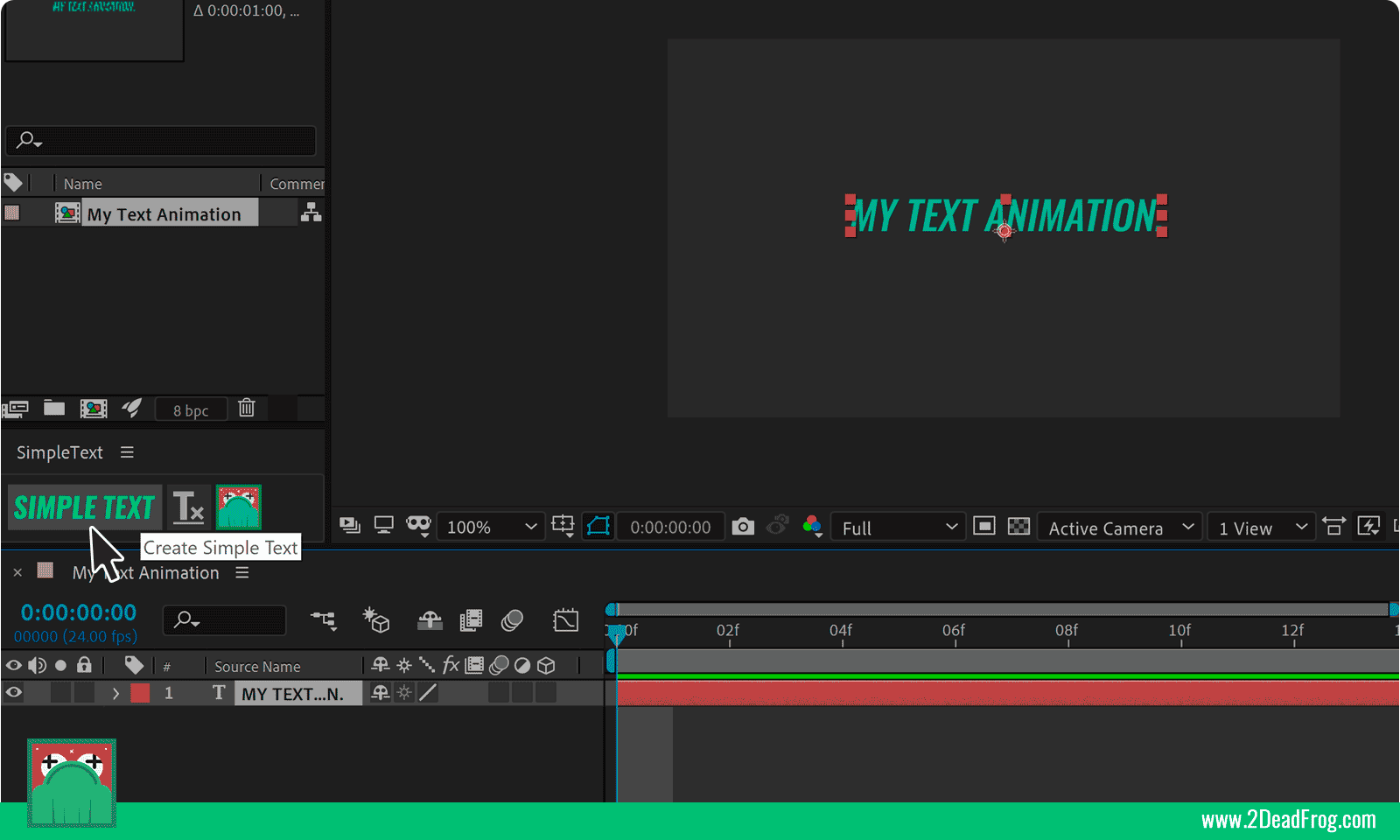 3. Choose the type of delay. In this step, you must choose the delay time between the letters, and also the type: normal, reverse or random.

By working with the animators, you can create animations that would be impossible to do only with the After Effects animators. You have access to the Beziers of your texts’ animation path and you can work the acceleration curves directly in the Graph Editor of After Effects.

Another possibility is to reuse animators. If you have created an animation, and want to use it in other projects, you can. Just import the animator and apply it to any text layer.

Visit the script’s website to better understand how it works!

I hope this script will reach its goal of being simple enough to make your life easier by turning text animations in After Effects into something quick and intuitive.

Studying scripts and coming up with a new solution that can generate real value to users was only possible because I could rely on people who used their time to help me learn this new skill. Whether it was about creating courses, testing the script or even openly sharing knowledge, to the point I will have a hard time being square with them.

For this, I’m thankful to everyone who contributed, right from the initial stage of this project, that happened via social media, in which many people shared their difficulties related to text animation in After Effects.

My special thanks go to these people, some of them quite close to me, others who don’t even have an idea about who I am:


My initial intention was to create a short article that would show an overview of what the script is and how to use it, but this script is more than just a product for me.

It’s an achievement, a milestone. It represents a turning point where I stop being just a user of great tools to actually become a developer, using my experience to make other motion designers’ lives easier.

I hope that Simple Text, or the technique behind it, which is available for free in previous articles, can have a positive impact on your life, make your work better and save time to use in what you consider to be the most important.

If this happens in the life of at least one user, all the time that I have invested in developing this tool will be worth it.